What is a circular progress bar

Circular progress bar in a time report shows how many hours you have already reported for the specific task and how much is remaining of the planned hours. It is visible only when time reports already exist.

Shows how many hours in total you have already reported for the task.

If you or your team has planned hours for the task 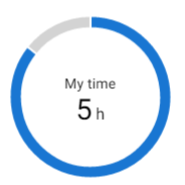 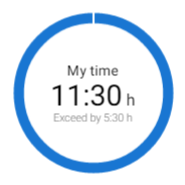 Still have questions? We're happy to help Contact Us